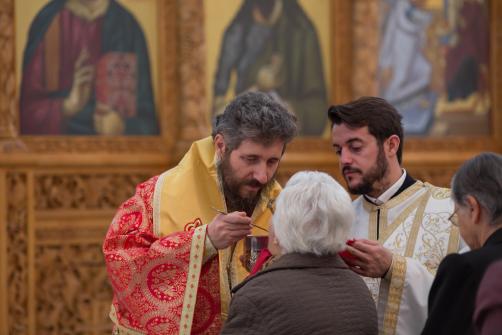 Dear Brothers and Sisters in Christ,

What a difference 10 years can make…

Back in 2010, there were 15 Orthodox Christian missionaries serving in 3 countries through the Mission Center. We had sent out just over 1,100 people on mission teams. OCMC was very active in a couple of countries in Europe and several across Africa. Missions in Central and South America were limited.

In the years that followed, we came a long way…thanks to you!

As 2019 came to a close, through your prayers, support, and involvement, 32 missionaries were living and serving in 8 countries, nearly 1,900 people had served as part of a mission team, and OCMC ministries were active on every continent around the globe except Antarctica.
What impact did this have in the world? Well, in the past decade, through the OCMC, you were on the front lines of the following:

Just imagine what can be done in the next 10 years if we continue to take to heart Christ’s call to “make disciples of all nations!”

In 2020 alone, thousands of people in 7 countries await the arrival of mission teams from the United States, and 5 people are prayerfully preparing to begin long-term missionary service in Albania, Kenya, and Sweden.

Thank you for your prayers for and commitment to Orthodox Missions. It is urgently needed. Invite others to answer the call as well. Let’s act as an entire body of believers to share the Orthodox Christian Faith in even more places in the years to come!

PS – If you haven’t already, follow the OCMC on social media. This is a great way to share your passion for missions and get others involved! Also, consider engaging your entire community in the Great Commission by volunteering to serve as a Parish Ambassador. If you’d like more information on how to grow the missions movement right from home, contact our Ambassador Coordinator Daniel Kindell by e-mail at daniel@ocmc.org, or by phone at 1-877-463-6784 ext. 165.