The Orthodox Christian Mission Center is pleased to announce an active search for the position of Missionary Director.

The Orthodox Christian Mission Center (OCMC), located in St. Augustine, Florida, is the mission agency of the Assembly of Canonical Orthodox Bishops of the United States of America. OCMC is a 501c3 Christian nonprofit organization working to bring people to Christ, establish the Church, and share Christ’s love. OCMC works in 30 different countries worldwide, has 30 career missionaries, and is providing over $1,000,000 in grants annually to accomplish its mission. 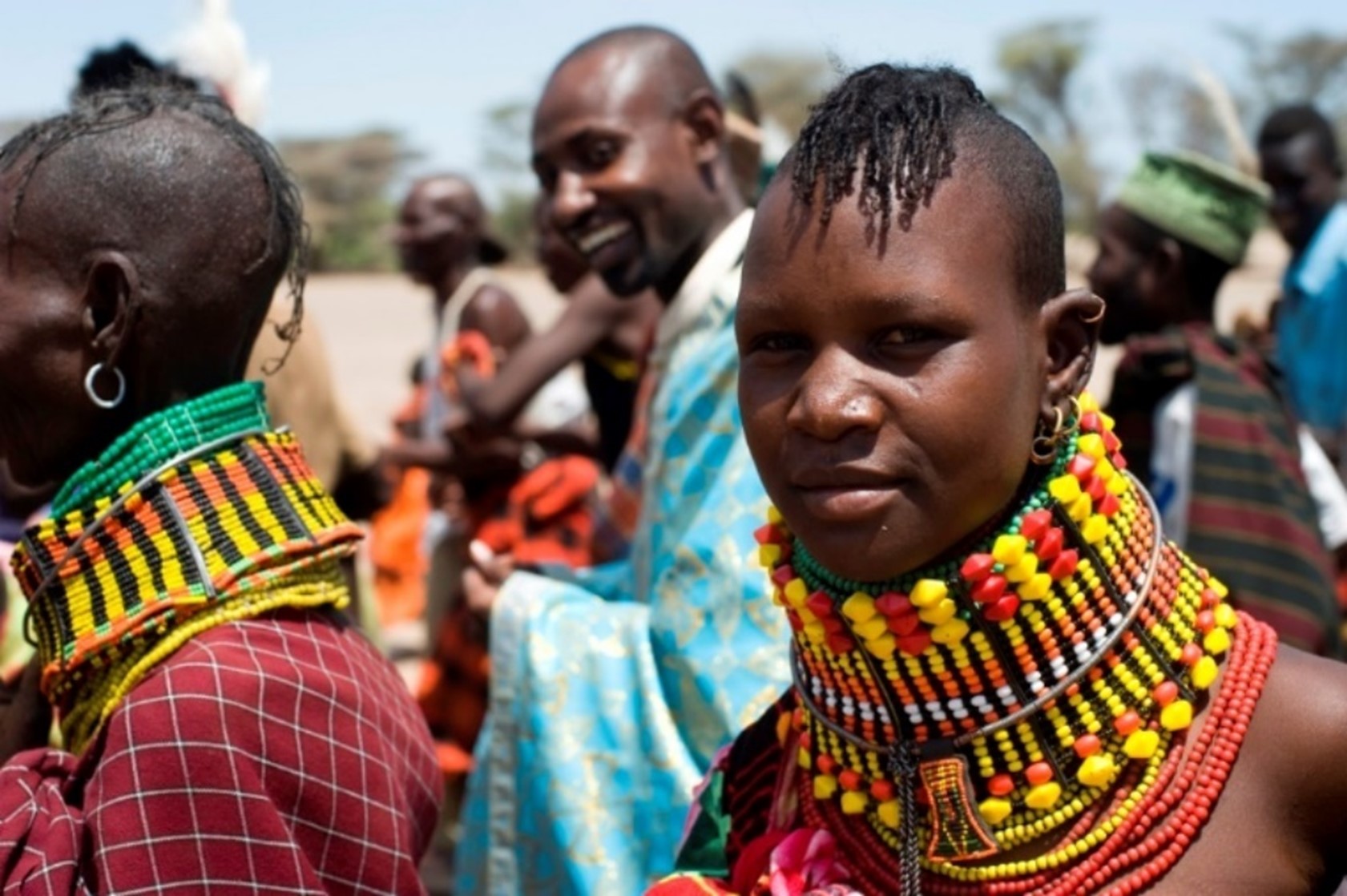 Established in the mid-sixties as a missions committee of the Greek Orthodox Archdiocese of America, the early efforts of OCMC were to collect funds to assist the Orthodox Church overseas. The committee operated in this manner until 1985, when under the leadership and vision of Archbishop IAKOVOS, the Archdiocesan Mission Center was formed, with then, Father Dimitrios Couchell, appointed as its first director.

Today, with the directive of the Great Commission as its guide, the Orthodox Christian Mission Center remains committed to carrying the message of peace and love of Jesus Christ to all nations. However, we find ourselves surrounded by the fact that one-quarter of the world has still not heard the message of Christ, and they will never hear this message unless there are messengers to be sent. There is a world out there that not only faces physical hunger, but a spiritual hunger as well. Therefore, the Mission Center, through its many programs, assists young and developing Churches in reaching those who have not heard, helping those Churches to become established and to share Christ’s love – ministering to both physical and spiritual needs. 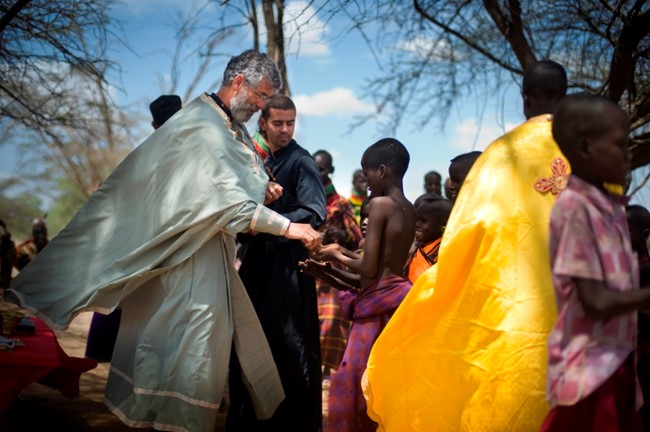 The Orthodox Christian Mission Center is led by a qualified paid staff of 17, along with a passionate and dedicated 28-member Board of Directors. Father Martin Ritsi serves as the Executive Director of OCMC.

During Father Martin’s tenure, OCMC has grown from a budget of 1 million to over 6 million dollars, built a 12,000 sq ft training and administrative center on 20 acres of land, multiplied missionaries fivefold, sent over 2,000 people on short-term Mission Teams, expanded into new regions, evangelized and baptized unreached peoples, and provided millions of dollars in mission support throughout the world.

The energetic Chairman of the Board of Directors is Mr. John Colis of Chicago, whose enthusiastic leadership has led the OCMC Board into advocating aggressive and realistic plans for continued program growth to further the organization’s mission. 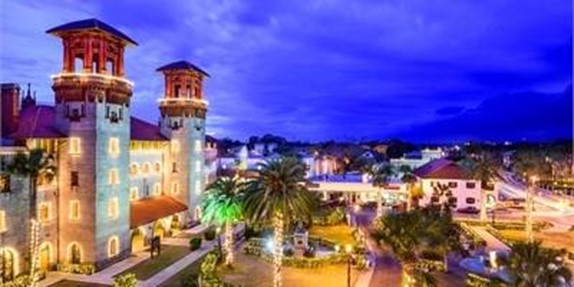 The new Missionary Director will be based in OCMC’s Administrative and Training Center, dedicated in May 2009. Located in the beautiful historic city of St. Augustine, Florida, St. Augustine is in Northeastern Florida on the coast of the Atlantic Ocean.

St. Augustine was founded over 454 years ago in 1565 by Spanish Explorers. It is the oldest continuously inhabited settlement in America founded by European settlers.

A bustling city, of over 18,000 people, St Augustine is the county seat of St. Johns County and it once served, hundreds of years ago, as the Capital of the Spanish Territory in America.

Today, St. Augustine is an attractive community known for its beautiful beaches, brilliantly restored historic Spanish buildings, its calm carefree attitude, its “A” rated grade schools, its proximity to the big city of Jacksonville and to five reputable institutions of higher learning.

OCMC has made excellent advances during the last two years under the direction of its seasoned Executive Director, its dedicated staff, and Board of Directors. The organization has established sound fiscal guidelines that have created a stable and growing financial operation. Despite the COVID-19 pandemic, revenues have increased, opening new possibilities. New missionaries entered the field, new forms of engagement were developed using virtual tools, training programs were augmented, and new regions for mission work were opened.

The Missionary Director professional will become one of the faces of OCMC, both at home and abroad, to expand its missionary program and participate as a key player to fulfill OCMC’s vision and mission.

Together with the current department of four full-time and two part-time staff, the Missionary Director will interact with mission leaders worldwide and oversee the recruitment, training, and management of the team of missionaries, who implement OCMC’s global mission to the nations, hand-in-hand with OCMC’s grants and projects to bring people to Christ, establish the Church, and share Christ’s love.

These very positive and attainable objectives are exciting challenges the new Missionary Director should embrace and carry forward. 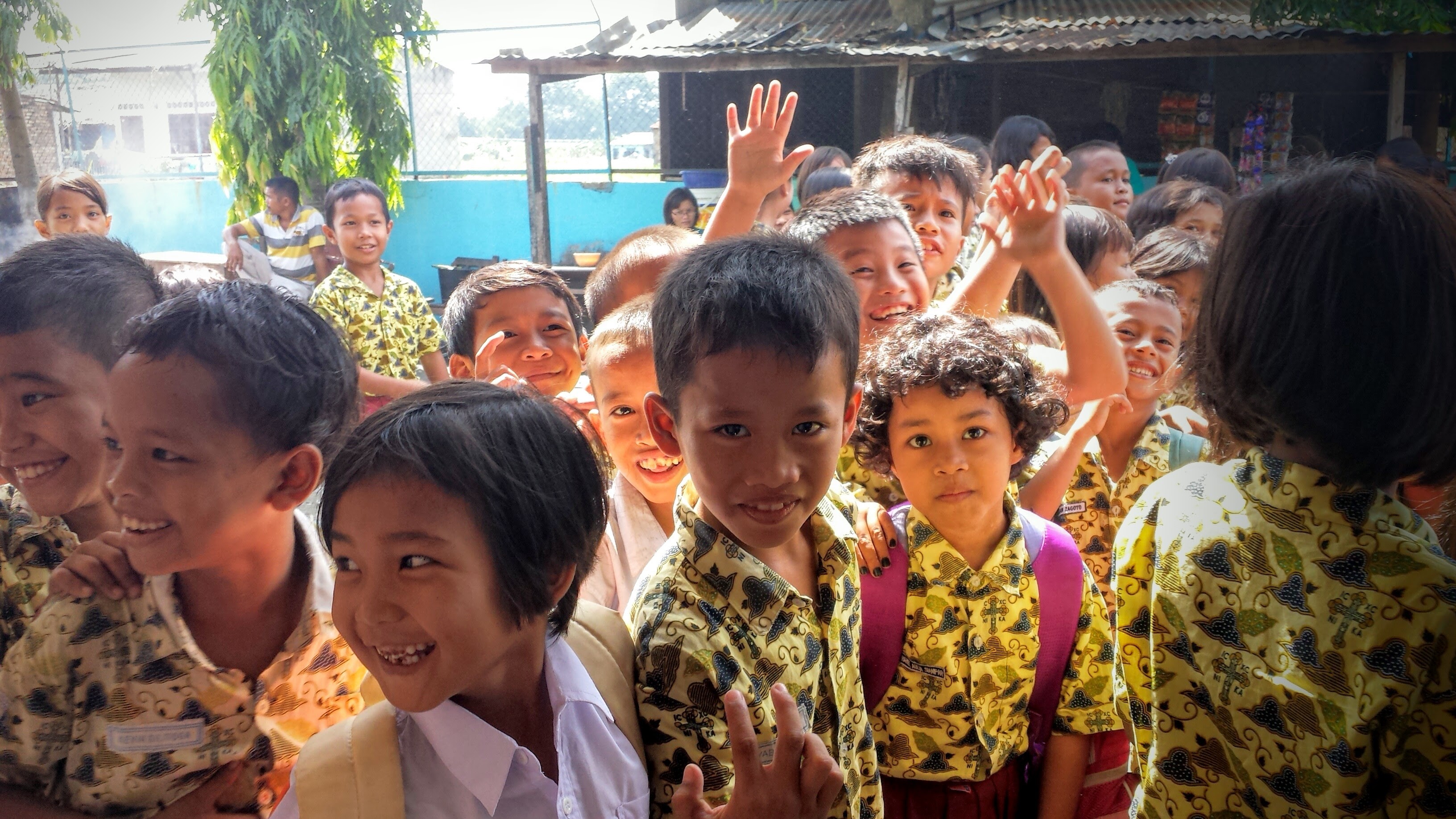 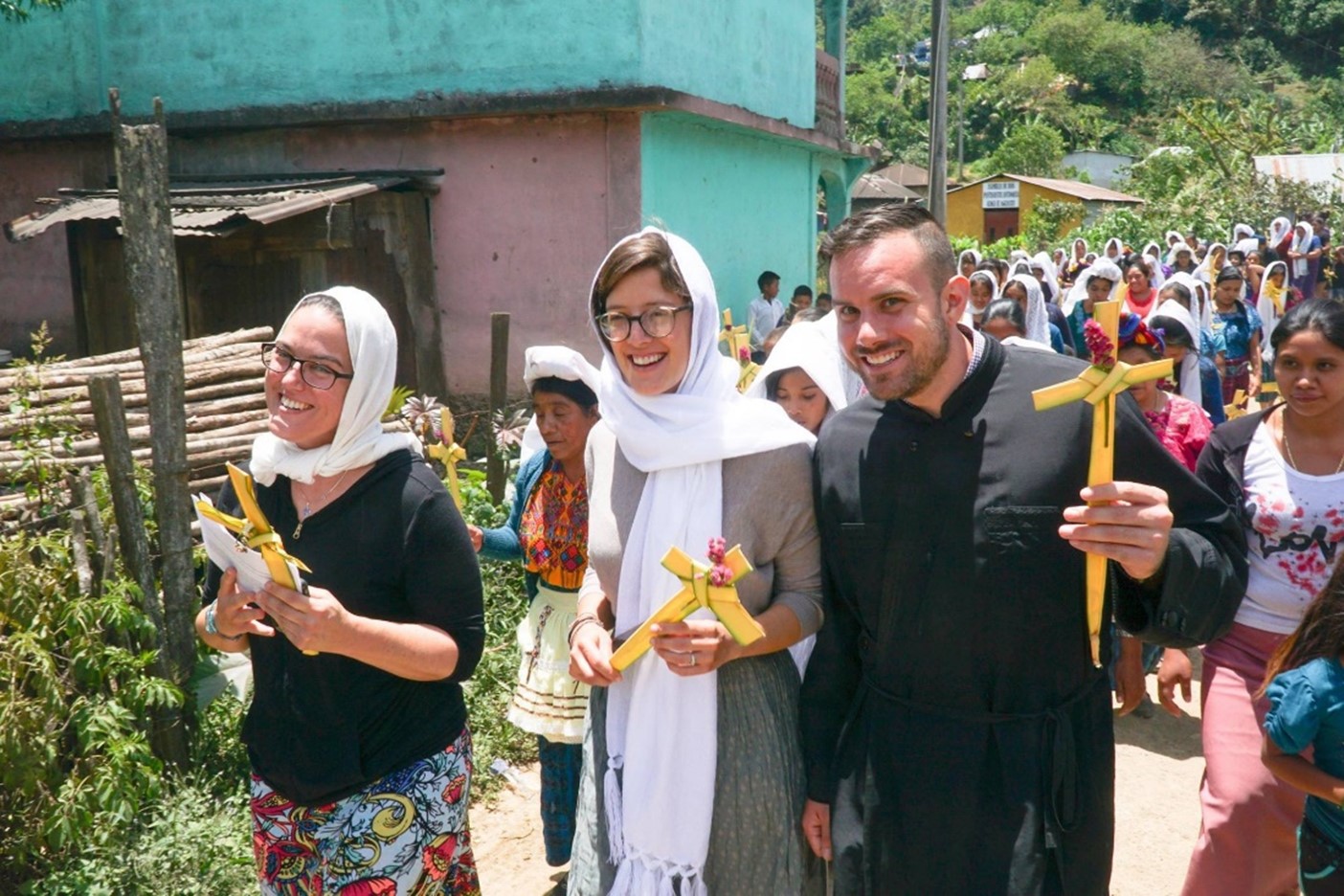 The Orthodox Christian Mission Center seeks a strong, confident, strategic, and ambitious leader with a deep desire to see lives transformed, the Gospel spread, and churches established throughout the world, while possessing the leadership skills to lead the organization, missionaries, and department staff to new heights.

The new Missionary Director must be an Orthodox Christian, belonging to one of the jurisdictions of the Assembly of Canonical Orthodox Bishops of the United States of America.

It is preferred that the candidate will have:

It will be helpful that the candidate also have a background and competency in fundraising and management or be willing to take courses in these areas to advance their competency.

The Missionary Director position provides a competitive base salary for the appropriate experienced professional. 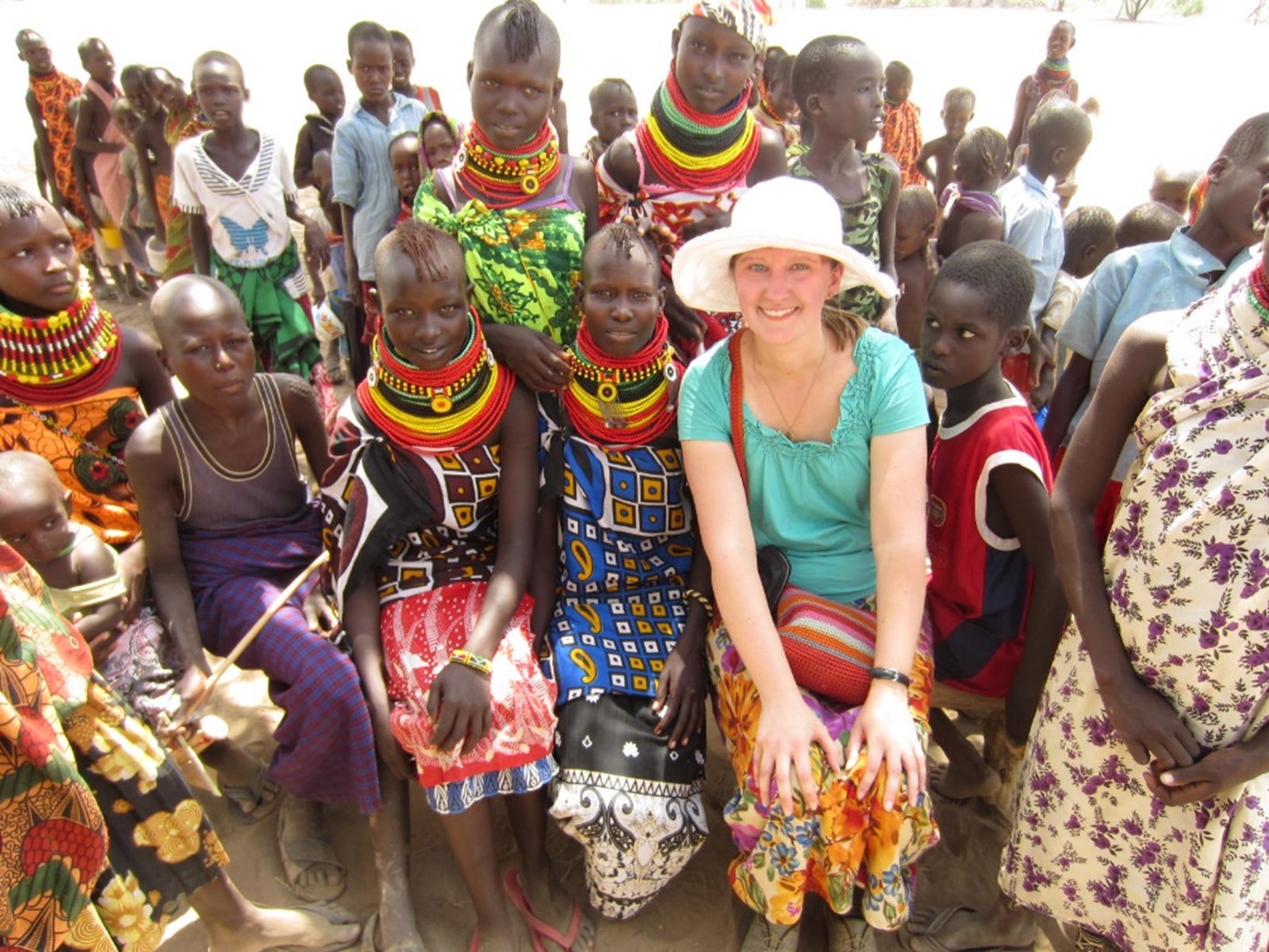